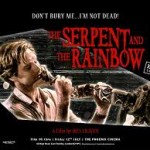 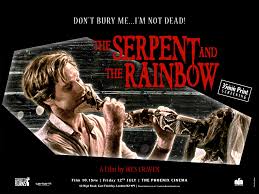 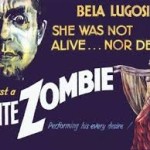 We all love a good zombie movie, or an engrossing zombie novel.  But, how much do we really know about zombie history?  Here is a fun countdown-style list of the top 20 zombie facts that every zombie fan should know:

20.  The German culture has a version of the zombie called the Nachtzehrer, which has two different translations: “Night waster” or “Night eater.” The Nachtzeher has traits of both the zombie and vampire. When a Nachtzeher appears, it chews on parts of its own body, and then hunts other victims to devour.a

19. Until modern medicine was developed, patients who were in a coma were occasionally buried alive because doctors thought that they were dead. When thieves dug up their graves to steal their valuable, the corpses seemed to come back to life. This has played a role in developing the zombie myth.e 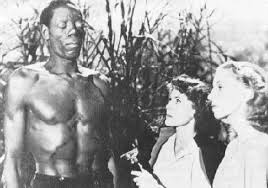 18. Zombie powder allegedly used in Haitian zombification is made from poisons taken from animals, such as the spiky puffer fish, the hyla tree frog, and the cane toad. In addition, the powders contain human remains as well as some hallucinogens.b

17. George A. Romero’s 1968 The Night of the Living Dead was the first zombie movie to show a physical cause of zombification. Previously, zombies were created through Voodoo or other type of black magic.c 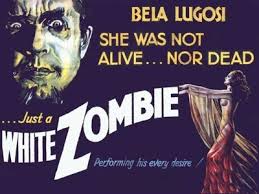 16.  In the very first zombie movie ever, White Zombie, lead actor Bela Lugosi was paid just $800, making him the highest paid actor in the movie. The movie grossed less than $25,000 at the box office, though the film’s budget was around $50,000. White Zombie is public domain, which means no one owns the rights to the film anymore.a

15.  It is generally believed that the hours before rigor mortis sets in, zombies would be at their most dangerous. They would, briefly, have the strength and speed of living humans before their bodies were ravaged by decomposition.b

13.  There is a law in Haiti that makes it a crime to turn someone into a zombie. Article 249 states that if someone drugs another person, buries him as though he were dead, and then digs the person up and brings him back to life, it is still considered murder.a

12.  There are three general schools of though about how a zombie virus would behave. First, dormant infection, where the virus would spread around the world and remain unnoticed until the recently dead begin to reanimate. In this case, everyone, bitten or not, would become a zombie. Next is active infection only, which means that only those who are bitten by a zombie would be infected and ultimately die as a result, only to reanimate after their deaths. Finally, dormant and active infection, which is the worst out of the three: all persons who die would reanimate, but those who are bitten would die much faster.a

11.  A Canadian-based team of statisticians created a zombie virus outbreak scenario and found that the only hope for any human civilization faced with such an outbreak would be a fast, aggressive extermination response. Taking a defensive stance would not work. For example, in a stereotypical urban city with a population of 500,000 people, it would require an aggressive military response within 3-8 days. After 8 days, it would be nearly guaranteed that civilization would not bounce back.a